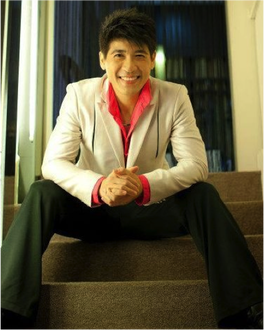 
Local newspaper, TODAY (14 June 2010): Martial Artist Derek Seong, said, "I like to perform and I want a better platform for me to go further."   Performing, he said, can change a person. "Somebody might be a nobody in the office. But when he's a dancer, he becomes a lead dancer.”

Derek Seong, 38, Founder & Artistic Director of Dancescape (Singapore). He is also the founder of Rhythm ‘N’ Moves Studio, previously a company sergeant major who decided to leave his prospective career to walk into the artistic path in dance. He started his full time dance education career in 2007 when he establishes Rhythm ‘N’ Moves Studio. He has a long term goal that is to have his own dance school with the vision of providing a dance development platform for every individual.

Derek is currently a certified Martial Arts coach and judge of Singapore International Wushu Federation. He obtained Honours plus in ATOD (I) Gold Bar Exam and Honours Distinction for ATOD(I) for Hip Hop level 8. In 2014, he obtained Honours Distinction for Contemporay Dance level 5, being the first in Asia to be awarded such honor. Being the pioneer of the company, Derek develops a system of training students in dance. He strongly believes that dance is only complete with physical strength, mentality, attitude and welfare. With this belief, he emphasizes greatly in terms of discipline, respect and integrity in dance training and has been constantly training himself to set a good role model.

Apart from Dance & Martial Arts, Derek is a trained actor. He's make several appearance as a comedian for "Just for laugh Asia" , leading role in Crime Watch Singapore, Point of Entry, Mediator and many other supporting role for Mediacorp TV Singapore in various channel.

In order to support students with caliber in dance, he started Dancescape (Singapore) and has been constantly training these students dance technique and skills. To provide a bigger platform for his students to showcase their dance skills, he organizes and runs annual dance production, Dancescape. In December 2008, Derek presents his first Dance and Martial Arts Production – Dancescape at the Lee Foundation Theater. It was a great success, with 70% seats sold for the 1st show and 90% seats sold for the 2nd show. He continues to present his second production, Dancescape – Enchanted in 2010. In 2015, he managed to present a dance and drama production in The Arts House with great comments by audience.

As a master trainer, he can manage and handle students of different levels and abilities. He pioneers all “train the trainers” and “train the teachers” programmes under the company 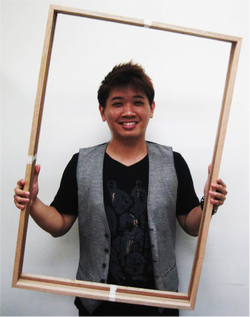 
“Performing Arts can open up spaces in our hearts that we didn't know we even had. I love performing arts, especially dance & music and to be able to share that love with others has been a joy in my life”.

Wilson Wong, 35, is the managing director of Flair Artz International. A co-founder of Dancescape (Singapore), he is responsible in the overall management. He built his aesthetic career from 2007 and is a familiar figure in the Singapore local arts & education scene. Prior to that, Wilson was a senior sales consultant for local leading arts education/enrichment companies, where he led business development and new client systems.

He has a strong desire in creating and maintaining businesses, and has been involved in the incubation, funding and operations of start ups in various local industries (Performing Arts, Design & Print, Personal Care etc).

Wilson is not a stranger to Art. He learnt the electronic organ & piano at the age of 9 and was also on Singapore Youth Choir (SYC) for 4 years, where he performed frequently at local theaters & music schools. He was actively involved in performances such as National Day Parades and Chingay since 1997. One of his
last major performances includes representing NUS Chinese Dance to Mauritius for a 2-night cultural show in celebration of the 60th Anniversary of the founding of PRC, where they were featured on the headlines of local papers & French media.

For the past 7 years, he has taught different art forms – media, music, visual arts, and dance in schools (primary, secondary, tertiary, special) under Ministry of Education (MOE) Singapore. Other schools that he had taught include the Singapore American School, the Japanese School and other private schools. One of his greatest achievements is to help Clementi Woods Secondary School to clinch the Gold Award for Central Narcotics Bureau (CNB) Anti-drug design competition in year 2007.

He has also been involved in dance/musical productions as part of the backstage service crew, assistant stage manager/manpower manager such as “Hua Mu Lan” (Elizabeth Lee Production 2010), “SYF Fringe Event” at Takashimaya (MOE 2010) and “SYF Closing Ceremony Concert” (MOE 2011). He has been an advisor
for school productions such as 45th Anniversary for Loyang Primary School & Cultural Fiesta for Kranji Secondary School for 3 years.

He is one of the first few trainers to be certified (both arts & music) under the Arts & Music Instructor Scheme (AMIS) by MOE. He also went on to complete NCAP (National Coach Acquisition Programme) Level 1 (2009) & the NSYS (National Standard for Youth Sports) Course (2011) from Singapore Sports Council (SSC) and has obtained Honours in ATOD(I) (Australian Teachers of Dancing) Exams Hip Hop Level 8 (2009)